How to install the iOS 14 public beta on your iPhone. After Apple released the second beta for iOS 14 for developers last week, the public beta for all interested users followed yesterday evening. This gives Apple customers the opportunity to test the upcoming operating system before completion and to give appropriate feedback so that the release in the fall runs without major problems. How to install the beta on your devices.

Before you install the iOS 14 and iPadOS beta on your iPhone, iPad or iPod touch, you should be aware that a beta is not a ready-made version and therefore has some bugs that may limit its use. Therefore, if possible, do not use a device that you absolutely need. Support from third-party apps can also be limited. Banking apps in particular often refuse to work at Betas.

Also make sure that you make a backup or backup of your data before updating to beta. In this case, Apple recommends a backup via iTunes, which you should also archive so that you prevent overwriting.

What devices can the iOS 14 beta be installed on?

How to install the public beta for iOS 14

Grab your iOS device and open the beta website in Safari. Tap on “Sign in” in the top right corner and log in with your Apple ID. Now agree to the agreement by tapping “Accept”. Then tap on “Register your devices” at the top and select the “iOS” tab. Then tap the blue button “Load profile” and then confirm that you want to install the profile on this iOS device. Now select “Install” and then tap the “Install” button at the bottom of the page again. Now restart the device.

After the shortened restart, open “Settings> General> Software update” and then tap on “Download and install”. Confirm your entry again by agreeing to the terms and conditions. Depending on the internet connection and device, the download and installation may take some time. 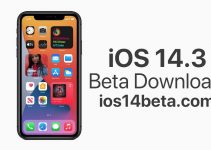 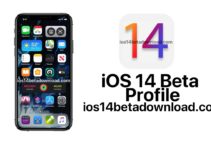