iOS 13.4 beta 5. A few minutes ago, Apple released the fifth beta versions of iOS 13.4, iPadOS 13.4, tvOS 13.4, and macOS 10.15.4 for users with developer accounts. Despite the fact that in this pack there should be another update – watchOS 6.2, – for some reason Apple postponed its launch and did not release it in general. Cupertino did not name the reasons for its decision, preferring not to create problems where it may not be. Therefore, it is likely that the update will be released closer to the end of this week, as was the case with the previous beta build, released later than all the others.

The fifth beta version may be, if not the last test build for iOS 13.4 and all other updates, then at least one of the latest. Practice shows that Apple experiences intermediate updates over the course of 5-7 stages, and sometimes makes exceptions altogether, releasing updates to the release after four beta versions. So, for example, it was with iOS 13.3.1, which was released in January this year. True, then Apple dragged out one of the stages and did not release fresh assemblies for a whole month. With iOS 13.4 there are no such problems.

iOS 13.4 is an extremely atypical update. The fact is that Apple has never released the final update of the mobile OS so early. Indeed, even if Cupertino will experience it for seven stages, the release will still take place before the end of March, while in previous years the fourth functional update of iOS was released either in May or in June. Therefore, it turns out that either Apple will release iOS 13.5 so as not to leave users without new versions, or you and I will have to cook in anticipation of iOS 14 for almost half a year.

WHY APPLE SHOULD LAUNCH IOS 13.5

Does Apple make sense to release iOS 13.5? Actually yes. A company may determine its exit by introducing functions that were planned, but were never implemented. In particular, it can be a Schooltime function, which should allow parents to set the time intervals at which their children cannot run certain applications, since they probably should be at school or pursue their own education. In addition, Apple just needs to refine the CarKey interface, providing the ability to transfer virtual keys between users and giving them the ability to make access settings. 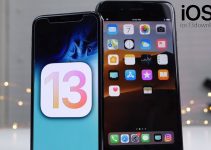 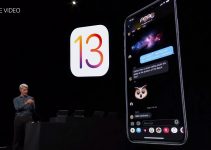