After releasing a stable build of iOS 13.4 Developer Beta 1 and iPadOS 13.3.1 last week, the Cupertino-based company released the first beta for developers with an index of 13.4. Apple notes that the latest beta for developers is available for the iPhone 11 series using a configuration profile.

Probably we are waiting for a short period of testing the beta version of iOS 13.4. And after two or three months, users will receive final updates.

Assembly numbers for all systems: 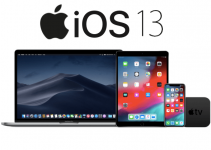